After the first phase of work to repair the Hammersmith Flyover before the London Olympic Games in 2012, Freyssinet has been chosen again for the second step. Work to strengthen the structure with special La GTM France’s bars, with the bearings replaced, a new carriageway drainage system installed and the entire flyover waterproofed and resurfaced, has started in January 2014. 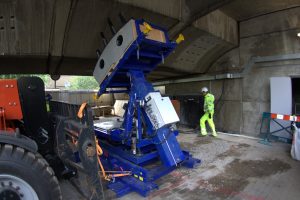 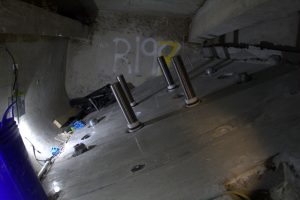 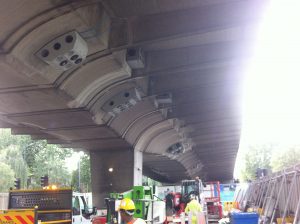 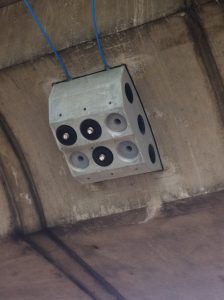 The use of UHPFRC UHPFRC (Ultra High Performance Fiber-Reinforced Concrete) added with the La GTM France’s bars, as the key element in the new post-tensioning system is an innovation in the field of PT works.
UHPFRC is used in this application for the first time in UK. The main benefit is the reduction in both size and weight of the concrete anchorage.
The work was completed in summer 2015.

We are pleased about your message

For any questions we are at your disposal

Get in touch
Description
We are specialized in heat treatment of carbon and alloyed steel bars and tubes. Our knowledge is based on more than 25 years of experience and research. La GTM - France is THE specialist in heat treatment and finishing of steel bars.

About us
Information
Certification
We are TÜV certified. La GTM France is regularly audited by clients and is ISO 9001 : 2015 certified.Learn more about our quality assurance.

MUCEM (Museum of European and Mediterranean Civilizations) 2012Anchoring System
We use cookies to ensure that we give you the best experience on our website. If you continue to use this site we will assume that you are happy with it.OkPrivacy policy