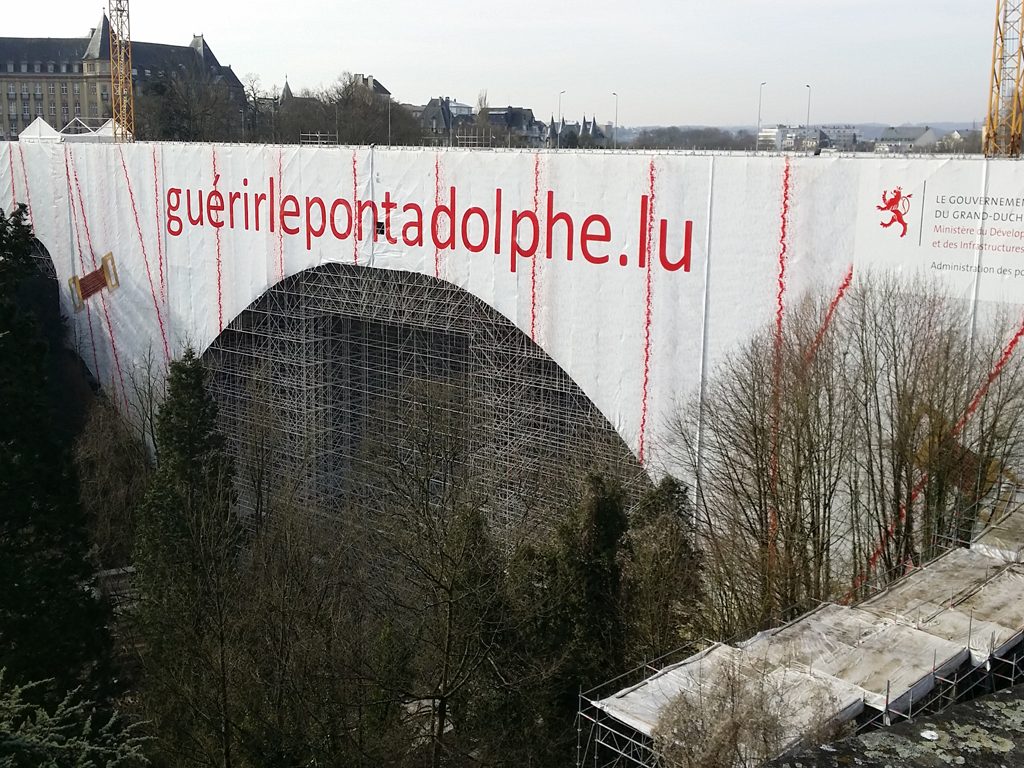 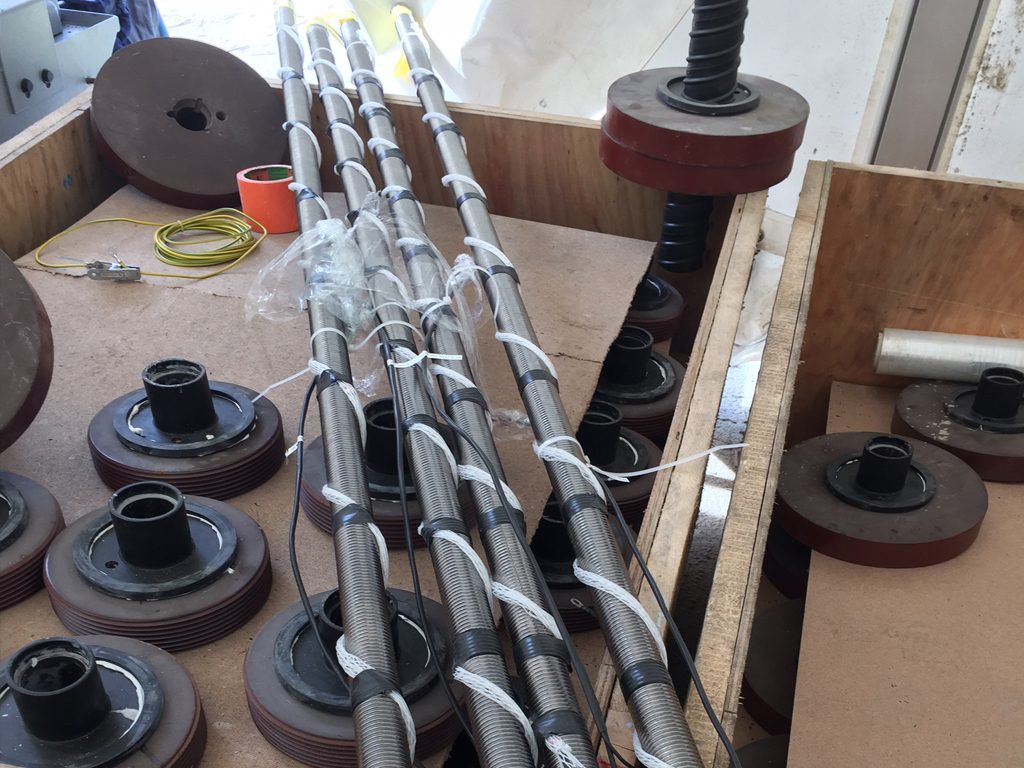 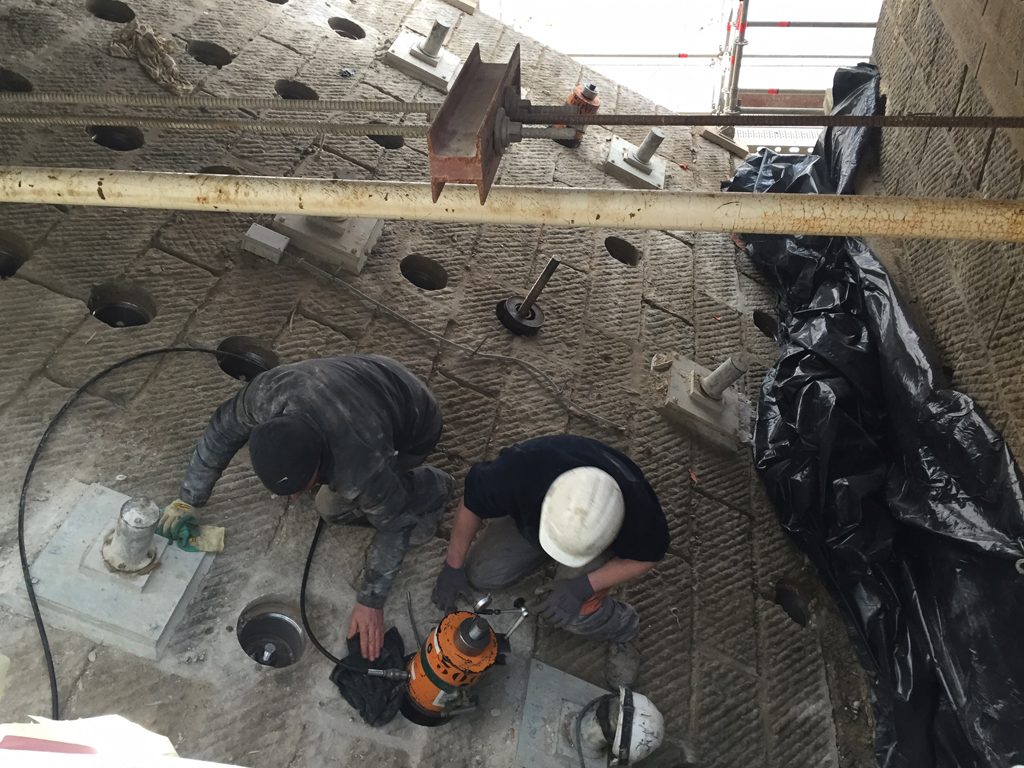 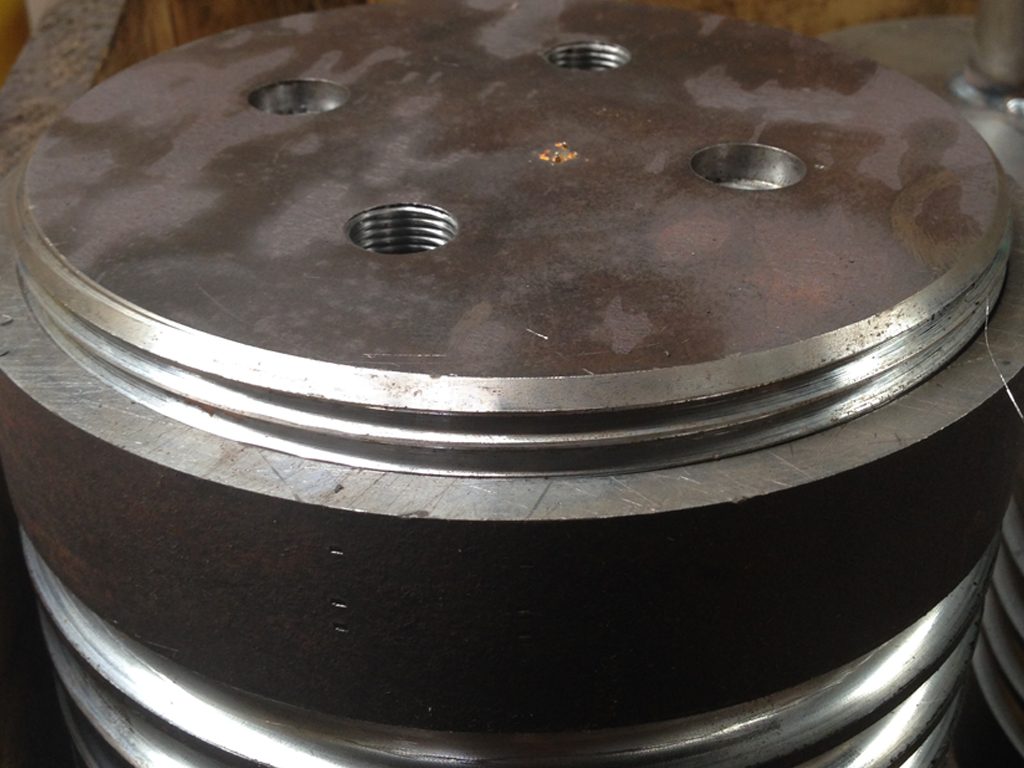 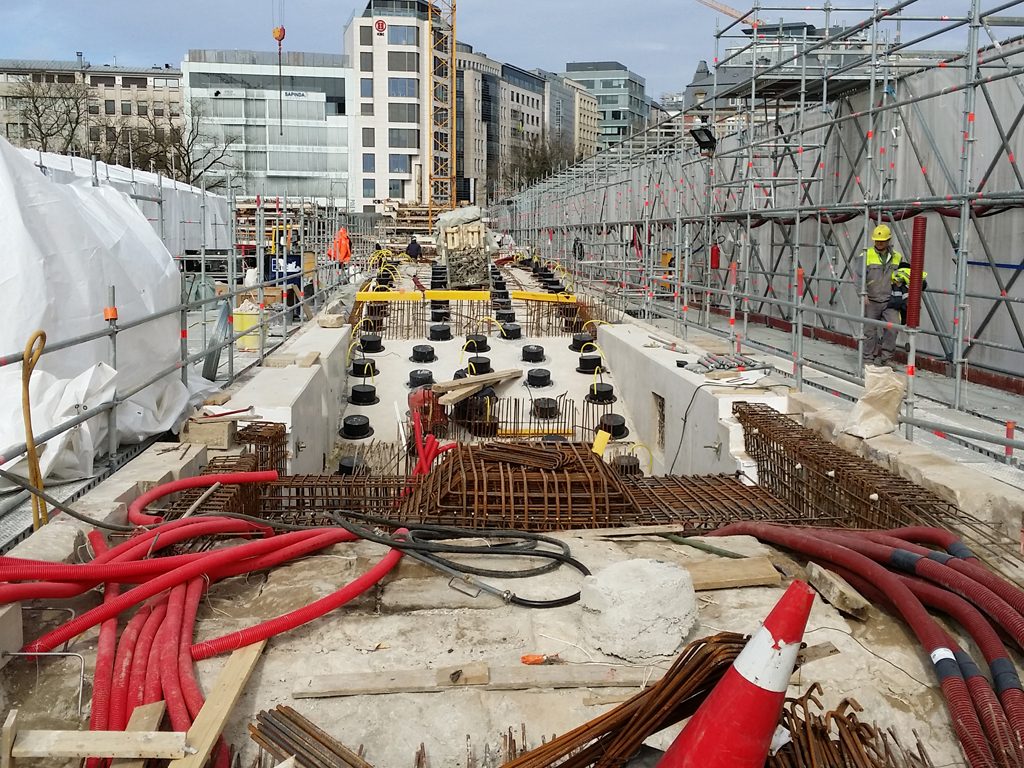 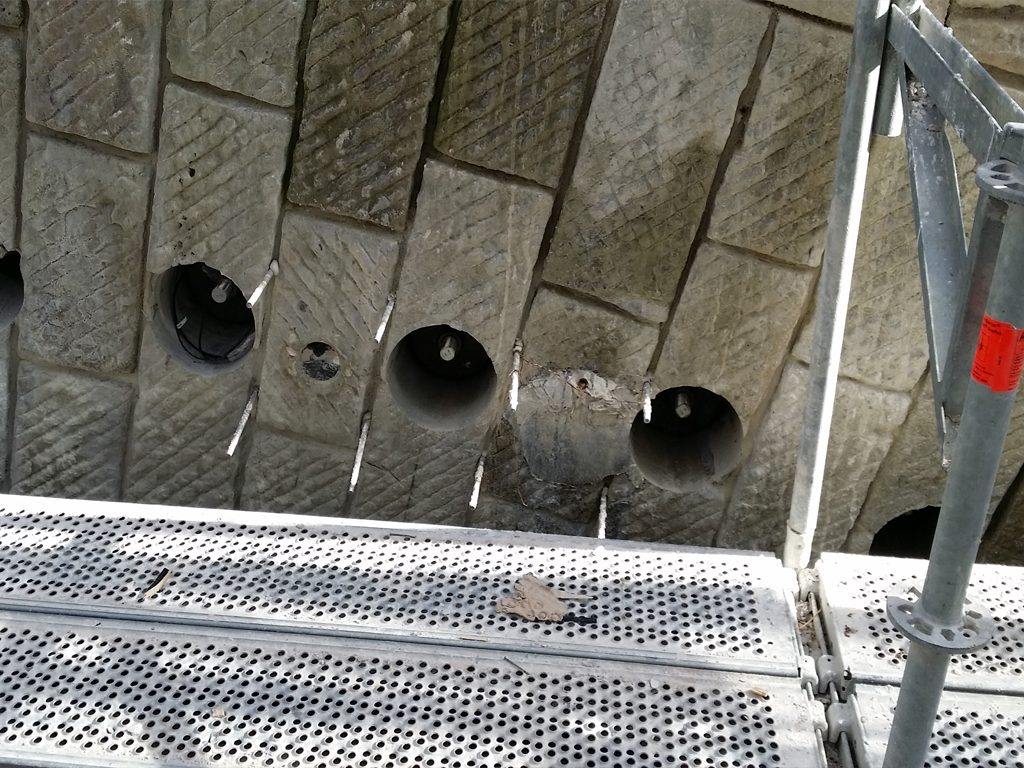 The Adolphe bridge crosses Pétrusse in the Grand Duchy of Luxembourg Capital between the Royal Boulevard and Liberty Avenue.

The book, designed in part by Paul Séjourné is a major achievement of his career, Its name comes from the Grand Duke Adolphe who reigned in Luxembourg from 1890 to 1917 and its purpose was originally to allow the tram Luxembourg – Echternach to cross the Pétrusse Valley.

It consists of three arches each paired with two 21.60 meter aperture and a central arch of 84, 65 and 31 m arrow to a total length of 153 m. This cartridge on the main arch keystone represents the arms of the Grand Duke Adolphe. Its construction took place between 1900 and 1903.

Today, the Adolphe bridge is a major tourist point of the capital and a major element of the Luxembourg heritage.

Le Pont Adolphe, who is over a hundred years, suffers from various pathologies that require to repare. The project includes, in addition to treatment degradation, expanding the apron and construction of two-way tram. A second temporary bridge, the Pont Bleu (due to its color) was built in parallel, allowing not disturb the flow of traffic during construction.

GTM France provided the HTSR quality bars Diameter M36 length between 3 and 6 meters. The characteristic being the realization of a single prestressed, and the use of stainless steel hood 1.4462 grade whose anti-corrosion properties are higher in this steel range.

We are pleased about your message

For any questions we are at your disposal

Get in touch
Description
We are specialized in heat treatment of carbon and alloyed steel bars and tubes. Our knowledge is based on more than 25 years of experience and research. La GTM - France is THE specialist in heat treatment and finishing of steel bars.

About us
Information
Certification
We are TÜV certified. La GTM France is regularly audited by clients and is ISO 9001 : 2015 certified.Learn more about our quality assurance.

Oil rig Canada 2016Anchoring System
We use cookies to ensure that we give you the best experience on our website. If you continue to use this site we will assume that you are happy with it.OkPrivacy policy